Raja Ampat and its habitants

Raja Ampat consists of over 1500 islands with a total surface of 40 000 square kilometers. Three oceans meet in the area and because of that the biodiveristy in the oceans is the highest in the world. It is a fantastic place to travel if you love life under the surface.

The name Raja Ampat has its origin in the local mythology and the tale of a local woman who finds seven eggs. Four of the eggs hatch and they become kings over the four bigger islands. The three other eggs hatch to reveal a woman, a ghost and a rock.

Up to the middle of the 20th century the west Papua had little contact with the rest of the world. Since then the Dutch and now the Indonesians have taken the area in possession. The main part of the habitants of Raja Ampat are Christian but in Misool, that lies in the south part of Raja Ampat, most are Muslims.

All land is owned by the villages and there is no everyman´s right. You have to get permission from the villagers to camp on the islands.

Misool lies almost at the equator and therefore the area is not exposed to tropical storms. The rainy season extends from May to September. Between June and August the winds can be very strong and it can be a challenge to travel by boat.

The weather is generally drier from October to April, but showers of rain can occure. The winds are normally not strong during that period and some days are totally calm. The average temperature lies around 30 degrees celsius, and the humidity is high. The water temperature is about 27 degrees. 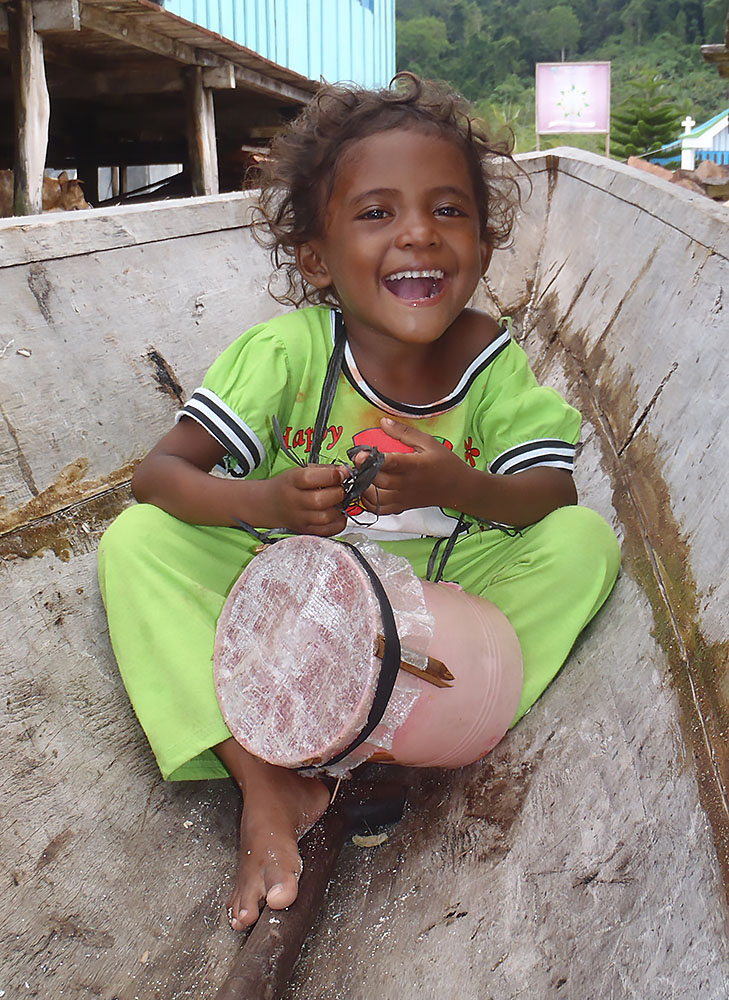 The archipelago that consists of exiting steep karst formations have few beaches and limited access to fresh water. There is still unhabited beaches enough for a longer kayaktrip. Most islands are unhabited. The area is not very exploited and animal life is very abundant.

The number of homestays in the area is rising. Two years ago there was only 4 homestays in the whole area, now the number has doubled. There is only one luxury resort in the area. The owners of the resort have founded a ”No take zone” where fishing and hunting is forbidden. Since the area was founded the amount of fish in the area has tripled. It is possible to kayak in boiling schools of tuna! On the islands you can for example see for varans, coconut crabs and of course birds. There are many eagles in the area which can depend on the abundance of fish.

Along the beaches you can see reef sharks. There are no white sharks in the area. There is no end to all the species you can study while snorkelling, everything from clown fish to enormous grouper fish. It is also exiting to snorkel in the bracken water jellyfish lakes. The currents between the islands can be strong at times but the currents are of no danger to kayakers and the whirls and small waves are interesting to observe and paddle. The tidal range is about 1,5 meters.